Correct Answer: You can break up keywords and ads into related themes

What’s one benefit of creating multiple ad groups? You can break up keywords and ads into related themes

Well, it may not be a tricky question, but it still creates some confusion. One reason why you should divide keywords into related topics, in fact, is to optimize your ads by achieving a better quality score and adjusting your offers. So for me both answers “you can split keyword ads into related topics” and “you can set different budgets for each ad group” are equally correct. Also, based on my experience, it is much better to have just one keyword with different match types in a single ad group than to have 5-10 keywords in an ad group, as Google recommends. But it is another matter.
Use ad groups to organize your ads by a common theme, such as the types of products or services you want to advertise.

Many advertisers find it useful to base their ad groups on the sections or categories that appear on their website.

Ad groups are those that contain more than one ad based on the unique theme, it is part of the hierarchical structure of the ads. On Google Ads, you can run 10,000 ad campaigns, and under that, you can run 20,000 ad groups and 50 ad copies in one ad group. This hierarchy works the same for all digital ad platforms, whether they are Google Ads, Facebook, Twitter, Bing ads, or any other platform. Ad groups are created to separate the campaign into different groups according to a different theme, but this does not mean you can post an ad without ad group, the ad group is important and is a required part, you need to create an ad group you even have a single theme.

Targeting different ad groups is something else entirely, whereas you can run a successful ad using a single ad campaign with one ad group and only one ad copy and a single keyword. So the question arises why we require multiple ad groups and to understand that we must know the benefits of creating different ad groups. Here are the top few benefits of targeting multiple ad groups: If you are running an ad campaign in a single ad group, tracking performance would be difficult and tracking will also be very difficult as there will be a number of keywords targeting different topics and constant changes are also made in a campaign which also creates confusion.

The above problems can be solved through different ad groups, they can classify things and you can easily track the campaign. You can divide the groups according to the different keywords, theme, location, product, and any other additional things that you notice after running the campaign. Ad groups also give you the opportunity to set bid separately for different ad groups, you can set bid according to different keywords and different placements and other factors. This will lead to lower costs and increase revenue. Setting an individual offer will give you the best ROI in a campaign, as you specify the offer and only.

Long-tail keywords provide better results than regular keywords. You can add similar long-tail keywords in one group and others in different groups. It will make one ad group more relevant than adding all keywords in one ad group only. It will lead to better targeting. These are the main benefits of creating ad groups and if you are creating an ad group when you have multiple keywords, then you must be doing something wrong. Experts also ask to make the different ad groups according to the different keyword because it gives the best value to your ad campaign. Now you must know why different ad groups are created in a campaign and what are its benefits.

Creating a perfect ad campaign includes different ad groups, but it doesn’t mean that the single ad group campaign is wrong and not optimized, if you run a single keyword or topic, you can successfully run an ad campaign without multiple ad campaigns. 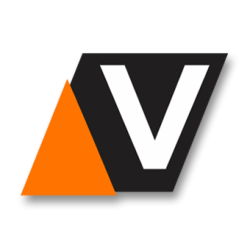 V Network Solution is dedicated to learning and understanding your business. We are constantly looking for the newest and most innovative ways to connect your brand with an online audience that guarantees continued success.

When it comes to your personalized needs and managing the services for your business, you need an expert project manager. Contact us and share your requirements.